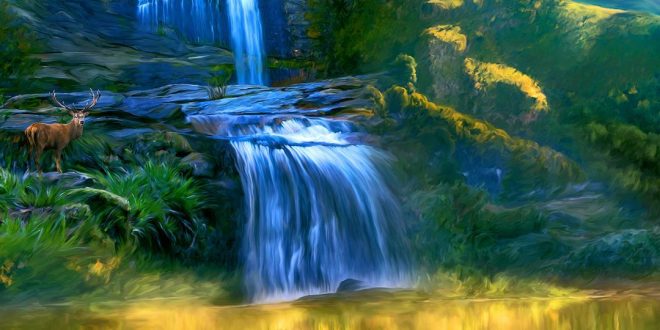 About letting go of past burdens

An elderly Muslim scholar and one of his students were traveling together. At one point, they came to a river with a strong current. As they were preparing to cross the river, they saw a young and beautiful woman also attempting to cross. The young woman asked if they could help her cross to the other side.
The two men glanced at one another because they had taken vows not to touch a woman.
Then, without a word, the scholar picked up the woman, carried her across the river, placed her gently on the other side, and continued on his journey.
The young student couldn’t believe what had just happened. An hour passed without a word between them.
Two more hours passed, then three, finally the young student could not contain himself any longer, and blurted out “As Muslims, we are not permitted to touch a non-mahram woman, how could you then carry that woman on your shoulders?”
The old scholar looked at the young student and replied, “Brother, I set her down on the other side of the river, why are you still carrying her?”
…
This simple story has a beautiful message about living in the present moment. How often do we judge people, carry around past hurts, holding onto resentments when the only person we are really hurting is ourselves.
The fact remains that we cannot change the past no matter how long we carry those thoughts in our minds. It doesn’t matter how many times we try to re-wind the mental tape and edit it! Just like the young student – we are still carrying the emotional baggage of the events that happened in the past.
The simple fact remains that the past cannot be changed! What makes a lot of sense is to respond to the events in the present – as the scholar did. He carried the woman across the river. Then he dropped the woman gently, along with all the emotional baggage of that event in the past, and moved on to whatever came next.
Often times the process of moving on is hindered by our tendency to hang on to the baggage of past events. And it causes us grief and suffering. We can cure this suffering easily by the process of dropping the emotional baggage of the past and dealing with the present moment.
What emotional baggage are you carrying around? Are there any past relationships – with a partner, parent, colleague, sibling, friend – that you have not moved on from? Are there any decisions you made in the past that are still causing you grief? Is it not time to let go of this baggage and move on?
Share
Previous Ne jetojmë në një botë pluraliste
Next Shokuese: Vendimi ekzemplar i gjyqtarit mbi hajdutin e vogël: